This day, in Provence, began with a 2km walk to the Utile (express supermarket) to get our daily provisions.

Mr J saw a snake and pointed it out just as this photograph was taken.

Afterwards, I was keen to go and explore more of this interesting village so we left the children at home, out of the heat and drove back to explore…

The was built in 1856 to guard against flooding by the nearby Rhône.

Just beyond the barrier rail, in the direction of the arrow pointing towards Châteauneuf-du-Pape, lies the Rhône river. 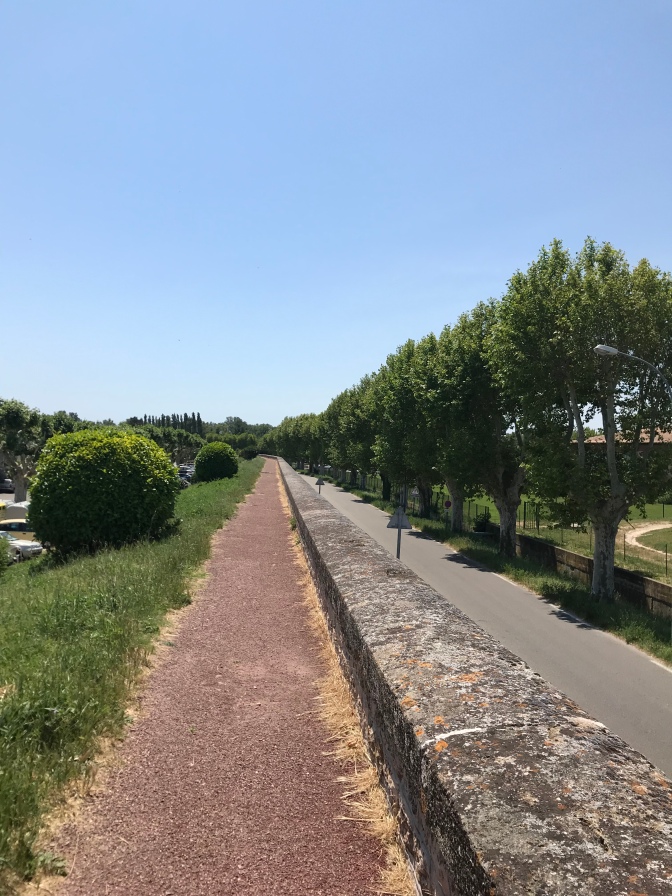 Mr B and I took a walk all the way along the top of the wall; to get a bird’s eye view.

At 2pm, it was school time for the local children so there was no one in the park.

It’s interesting to note that French children go to school from 8.20am until 4.20pm, four days a week. They don’t have school on a Wednesday! They also have an hour-long lunch break every day and are allowed to go home for “dejeuner” (lunch). Some schools have canteens for kids to eat on site, if they wish.

There were a few spots, with benches, along the way, where we took a “petit pause” (little break) to stop and admire the view.

Big trees line the length of the wall, providing shade and greenery.

Peeking through the branches, over the tops of the roofs, we observed the gothic architecture of the Église Saint-Michel.

Traffic circles are planted with pretty flowers and bushes.

A few days earlier, at a traffic circle nearby, we saw a group of young ladies dressed up as princesses, one with a veil and a sign that read “future mariée” (bride-to-be). I made Mr B drive around the circle twice while I scratched for coins in his wallet to toss to her. The girls all squealed with delight and shouts of “Merci! Merci!” followed our van as we drove away. I shouted, “Bon Chance!” and then thought that (Good Luck!) is probably not the best expression to use when wishing someone well in marriage!

Bistros and brasseries are dotted along the interior, close to the entrance.

This quaint roadside bar opens in the evenings.

One can see that this town is well-tended and that a lot of work goes into making it so attractive!

This green van is a street-sweeper, cleaning the streets as it drives around. In some places we have seen a small vehicle used solely for the purpose of watering plants! 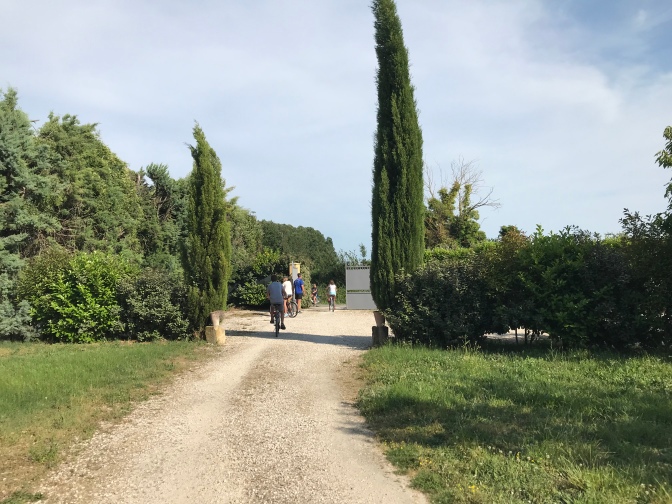 Later on, when it was cooler, we fetched the children for an evening bike ride. 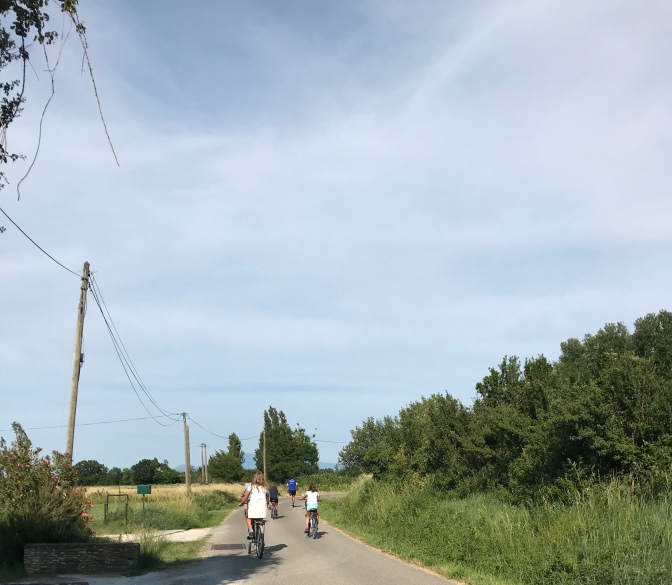 Mr B led the way on foot while the rest of us followed on our “vélos” (bikes).

We passed though wheat fields singing our favourite musical numbers in true “Sound of Music” style.

To unwind, at the end of the day, at around 7.30pm – two hours before sunset! – it was time for a family swim. 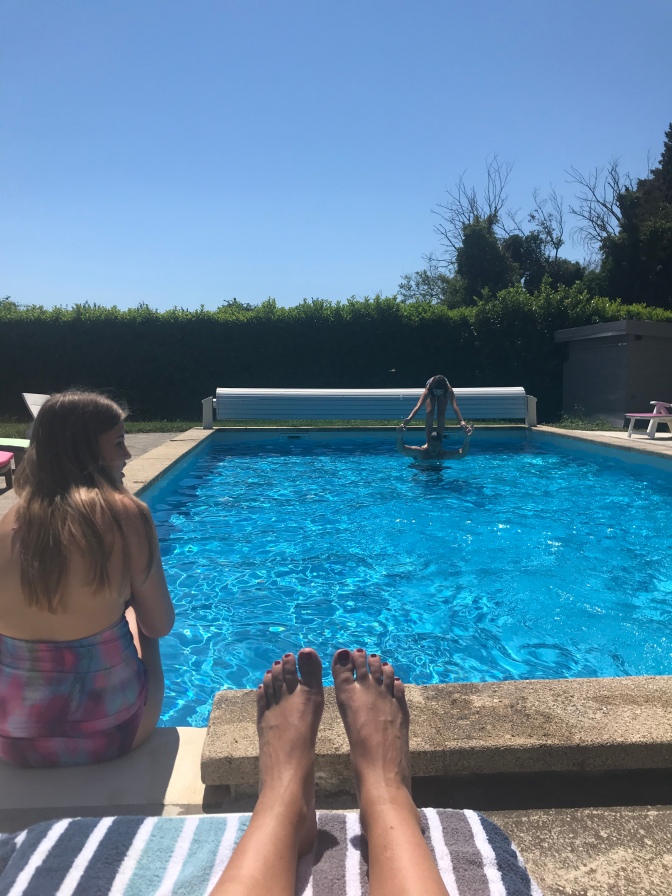 A could get used to this!