A rare sunny day prompted us to take up some paddles and proceed down the Dordogne at a leisurely pace.

The 12km canoe trip, from Vitrac to Castlenaud, sounded like an opportunity to get some fresh air and exercise. The river flowed at a along steady pace so there wasn’t much of a need to flex our biceps. All we needed to do was to keep ourselves balanced and headed downstream.

We spit ourselves into two teams: “les filles”(the girls) and “les garçons” (the boys) with the adults at the back of each canoe, the two teens in front and the middles in the middle.

The girls soon got the knack of paddling in synch; stroking the water together slowly. 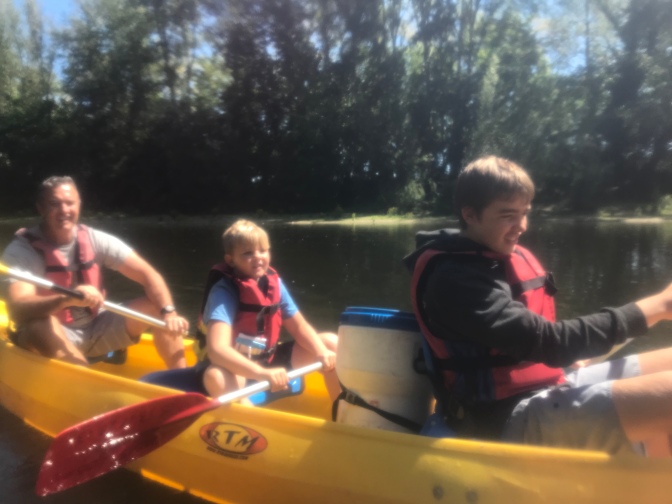 While the boys too a little longer to get into the flow. Trying to race ahead saw them turning around in circles!

We stopped for a snack… 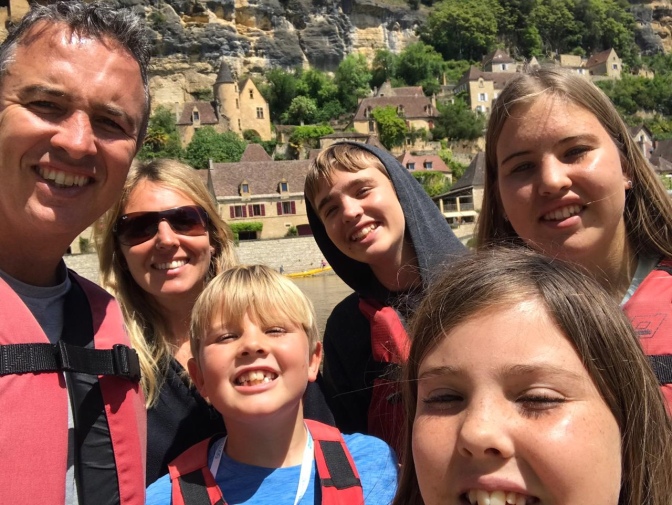 … and a selfie on the bank overlooking La Roque-Gageac. 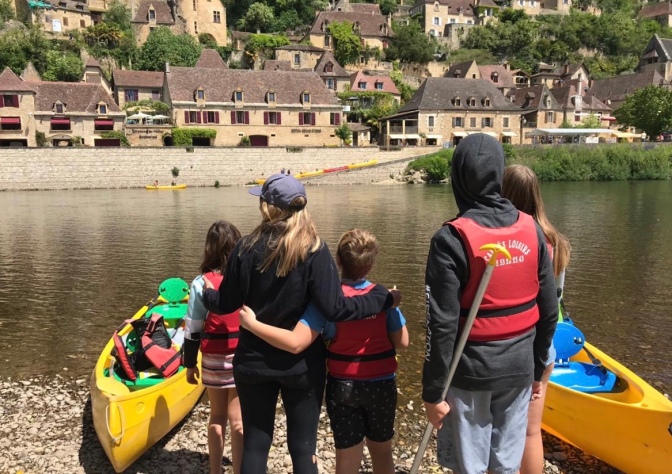 This pretty village dates back to the days of the Vikings. During Viking invasions, the caves in the cliff became a fortress for the inhabitants. 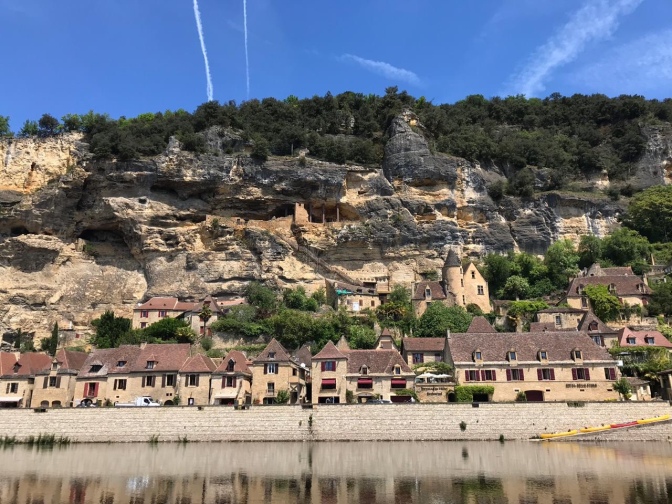 The port was an important point for river-trading during the Middle Ages. Chestnut wood from the area was transported downstream. Much of it was used to make wine barrels. Salt was transported upstream by use of animals pulling boats.

The Châteaux de la Malartrie was constructed as a centre for contagious diseases in the 10th – 12th century AD. 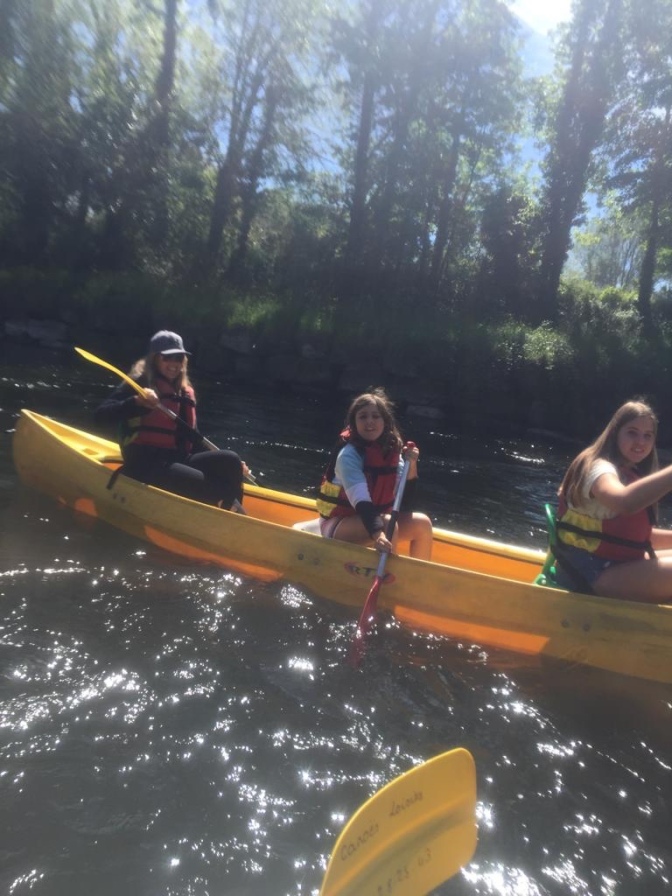 Everything was going along swimmingly until the boys challenged us to a duel for the last couple of kilometres.

They left us in their wake close to Castlenaudry. 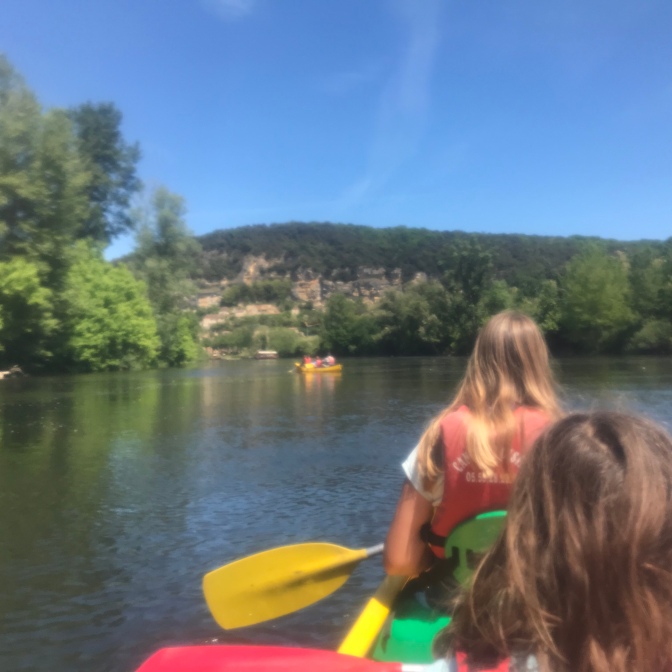 We tried with all our might but couldn’t catch up!

Eventually we ended up going for a swim (well up to our waists) to get ourselves off an island on which we’d become beached!! Unfortunately (or fortunately for us) there are no photographs.

What an ideal way to spend an afternoon!