Just two days before the terrible tragedy that befell the Notre-Dame, we took a bus and boat trip through the city of Paris. It was quite a touristy thing to do but it was a good way to tick off the top ten.

We left our Luxembourg apartment at 9am to walk the 36 minutes (suggested by Google maps) to our bus pick up. We’d booked for 10am and made it with with a minute to spare! We soon learned that walking through the city, waiting for traffic lights, takes a lot longer than it looks!

The bus was a comfortable way to see the sights with a pre-programmed audio guide but it was tricky getting good photos out of the windows. The boat was better for getting pics but difficult to hear the audio guide.

The magnificent Notre-Dame de Paris (because there are many other cathedrals throughout France called Notre-Dame). It’s construction began in 1163 and was completed 200 years later. With its gothic style architecture, it was at first despised by the people of Paris until the publication of Victor Hugo’s “The Hunchback of Notre-Dame” in 1831.

We stood in the streets of Paris last night, with thousands of bystanders praying and singing hymns and it was clear to see how beloved she is. She really is in the heart of Paris and Parisians.

The Pont Neuf (New Bridge) built in the 1600s, is actually the oldest bridge in Paris.

The Conciergerie was built as a palace in the 1300s. It prison during the Revolution. Before being executed, Marie Antoinette spent her last days here. 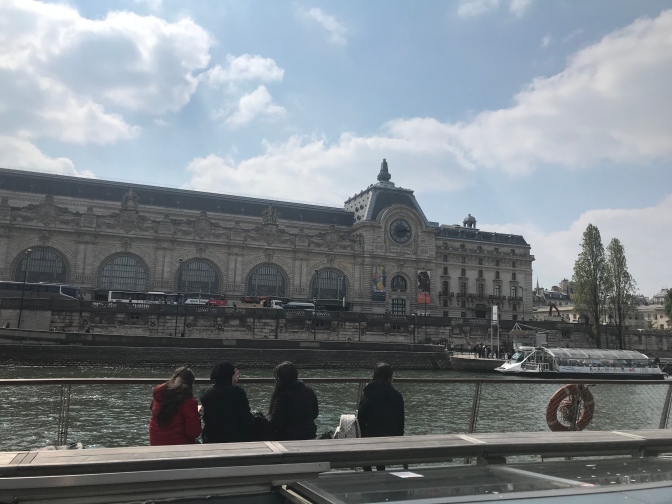 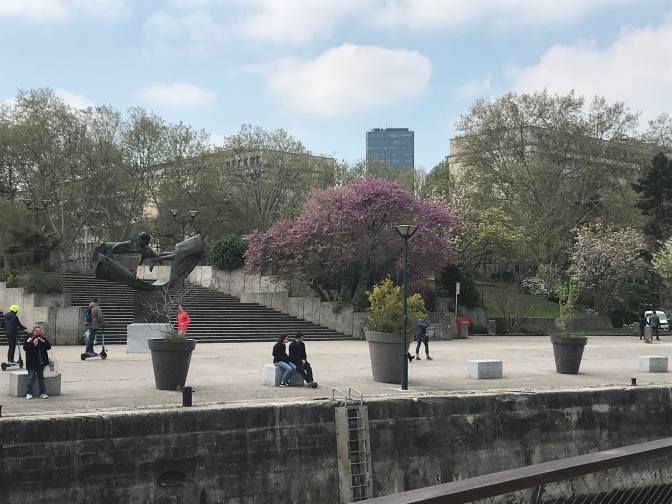 The gorgeous Jardin des Tuileries were designed by the royal gardener, André le Nôtre in the 1600s.

The Arc de Triomphe was commissioned by Napoleon the 1st after his victory, in the Battle of the Austerlitz, in 1806. It was completed 30 years later.

The 16th arrondisement. Only wealthy oil magnates and those with ‘old money’ can afford to live here.

Ostentatious Pont Alexandre III was built for the 1900 Exposition of Paris. It was named after the Csar of Russia.

And now for the pièce de rèsistance… 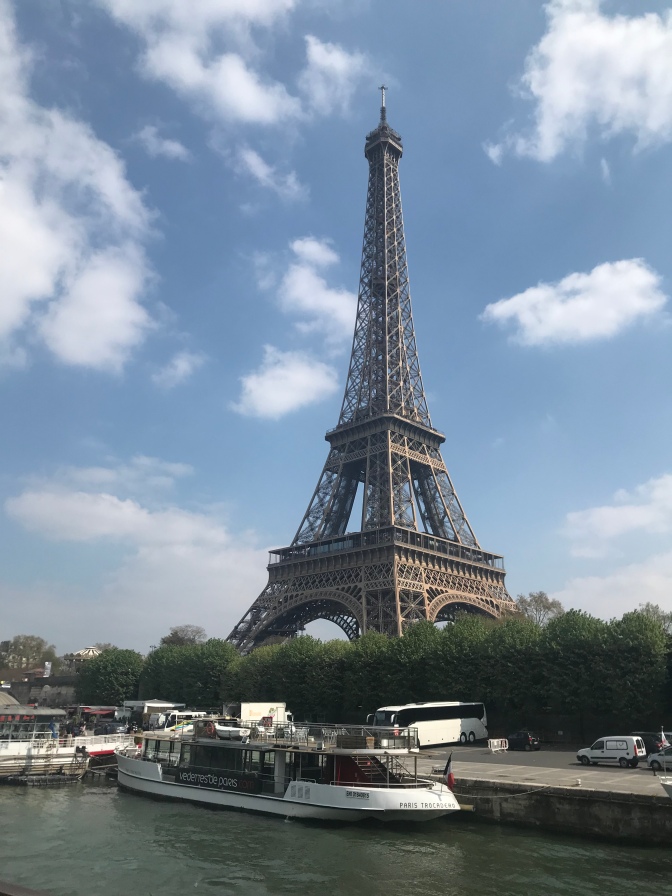 La Tour Eiffel was designed for the 1889 World Fair. It was supposed to be demolished 20 years later but it remains the most popular attraction in Paris.