“Salut” pronounced ‘suhloo’ means both ‘hi’ and ‘bye’ in informal, friendly French. I chose this as my title because we were here in the small town of Suippes for such a short stay that it feels like just a ‘hi-and-bye’. 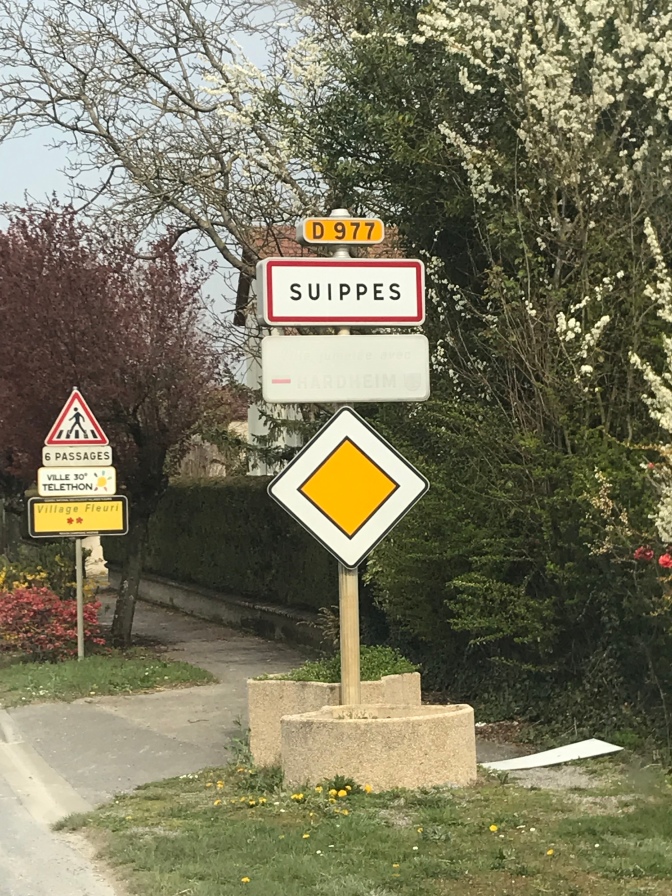 I used the word also as a salute to Suippes, as a survivor. It has one of the biggest artillery regiments in France and has been front-and-centre in many wars including the Franco-Prussian war of 1870 as well as “les deux guerres mondiales” (the two world wars). Napoleon III – the actual Napoleon Bonaparte – lived in Suippes!

The military influence can still be felt around the town: from tanks at the entrance, welcoming us; to young men in camouflage shopping at the same “Carrefour” (French supermarket chain).

Last night Brent and I drove to the town square to order pizzas for supper. Back home in Cape Town this had become a Sunday night family tradition. I have been trying to resist its continuation on this trip because … well pizza is just not French!

Last week, in Strasbourg, we decided to have lunch in a restaurant. I was searching for an authentic Alsatian experience and most of the others were vying for pizzas in the one of Italian restaurants in the city. We found a compromise in “tarte flambée” (Alsatian thin crust pizza). 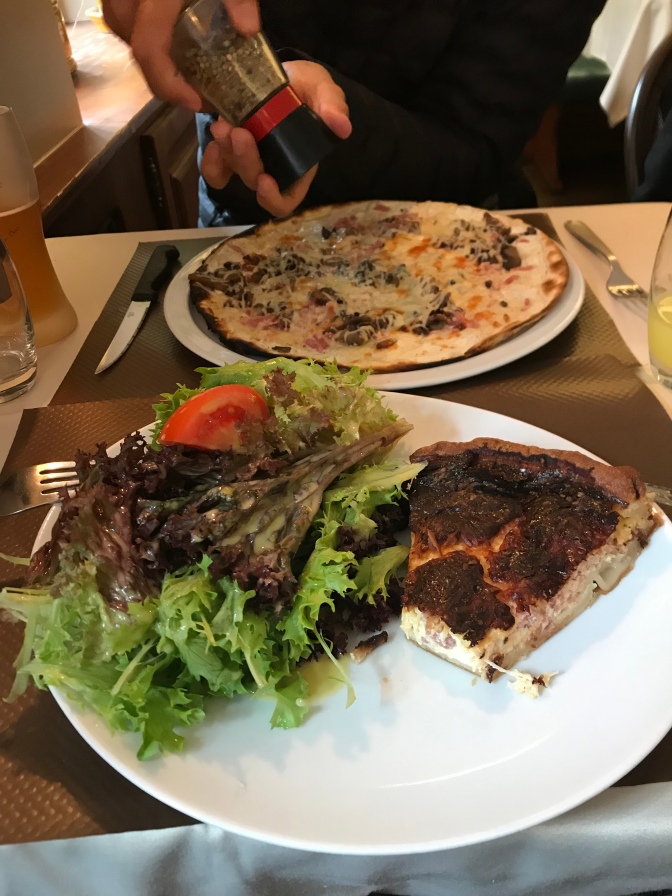 This evening I was once again duped into a pizza dinner because ‘what could be more French than doing what the French do?’ And that is heading down to the town square to buy pizza from “La fabrique de Charley” (Charlie’s factory). He only comes to Suippes on Sunday evenings and is well supported by the locals. Alhors, food trucks in France … c’est pas trop chic (it’s not too chic) mais c’est authentique (but it’s authentic. 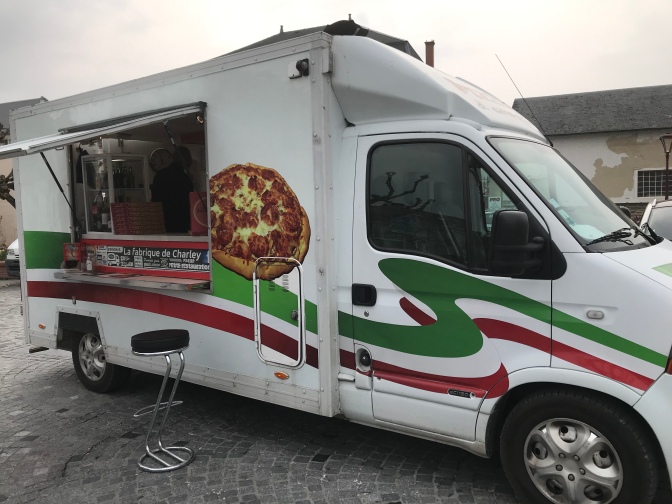 And speaking of other things not-too-chic. Below is a picture of me sipping “mon premier verre de champagne en Champagne” (my first glass of champagne, in Champagne) wearing my tracksuit and slippers! It was the evening we arrived and I was tired and this was comfy. And, hey, it’s authentic! 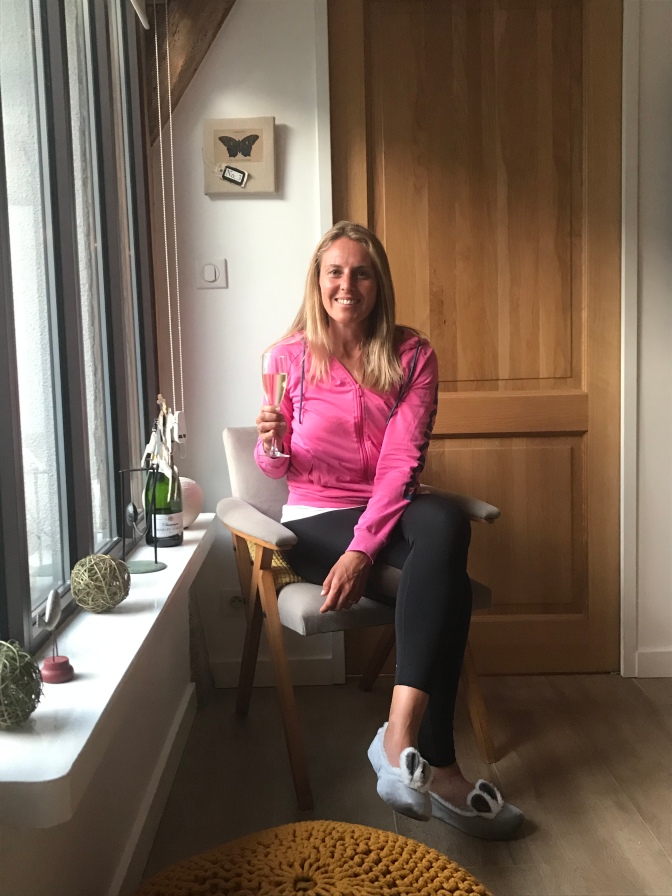 After our champagne tasting in Epernay yesterday, Brent and I bought these two lovely champagnes – it’s so fun saying ‘champagne’ and not having to backtrack and say ‘actually I mean sparkling wine’. 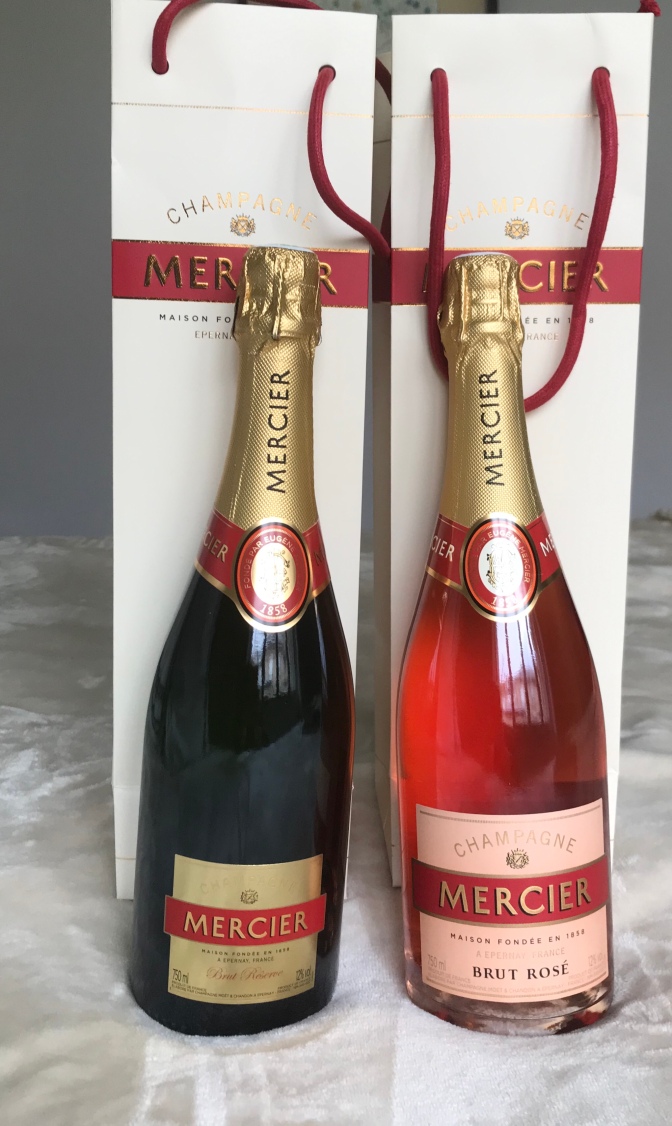 He took this pic of me while we were sitting in the little garden outside our gîte, sipping on champagne, listening to the birds twittering softy and watching the sun go down … “c’est romantique et trés chic, non?” It was romantic and very chic.. yes 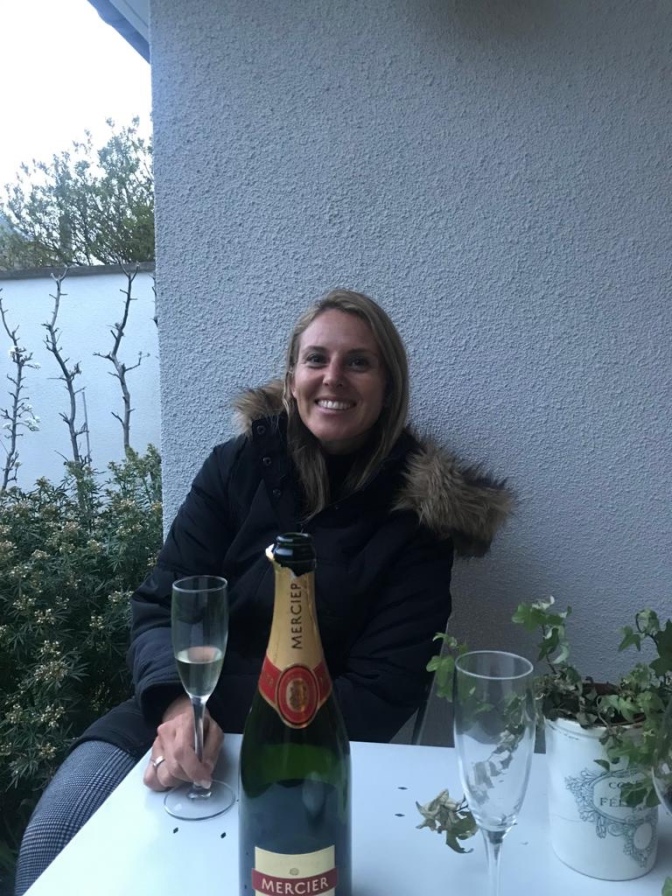 In closing, while waiting for our pizzas last night, we walked past “Eglise Saint Martin” (Saint Martin’s church). A lovely lady offered to show us around. What I could glean from the unfamiliar words associated with an unfamiliar subject, was that five towns in the nearby vicinity were completely demolished in World War 2. The church itself has small craters in its walls due to bombing. The roof and interior of the church were destroyed and only the walls remained standing. On top of the pile of rubble was found, an ornate wooden cross, still perfectly intact. It was the only thing that survived.

One thing that is different about this specific church is that there are animals depicted in the ornamental mouldings. Apparently it’s unusual to have animals but they are not without significance. Take the “escargot” (snail) for example. How did this lowly garden pest find it’s place on a palatial pillar? Well an interesting fact about snails is that they can’t move backwards. They can only go forwards, however slowly it may be. And so I leave you with those parting thoughts as we leave Suippes to move forwards in our journey. 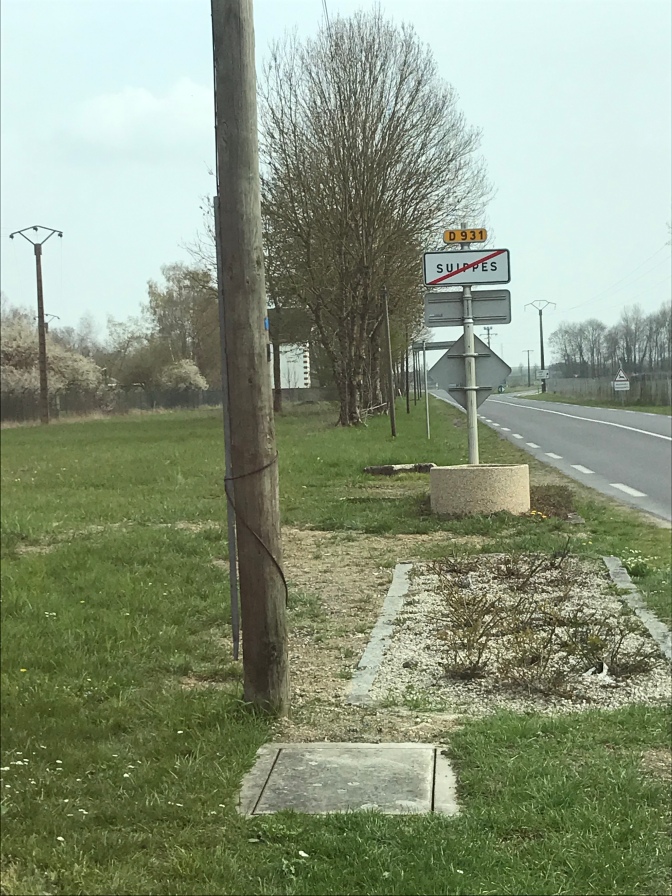 One thought on “Salut, Suippes!”