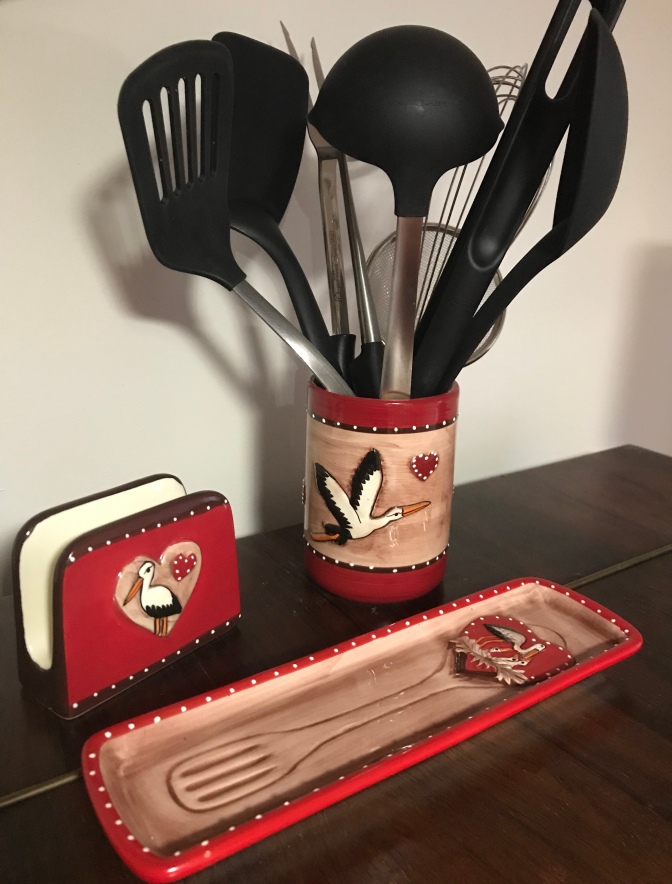 We’re getting ready to leave this cosy little nest we’ve created. Like the newly-arrived White Storks, we are avoiding the African winter and spending spring in Europe. Unlike us, they’re just settling in and we’re spreading our wings to discover other villages in France; though I can clearly see what makes them want to stay [written with a little lump in my throat]. 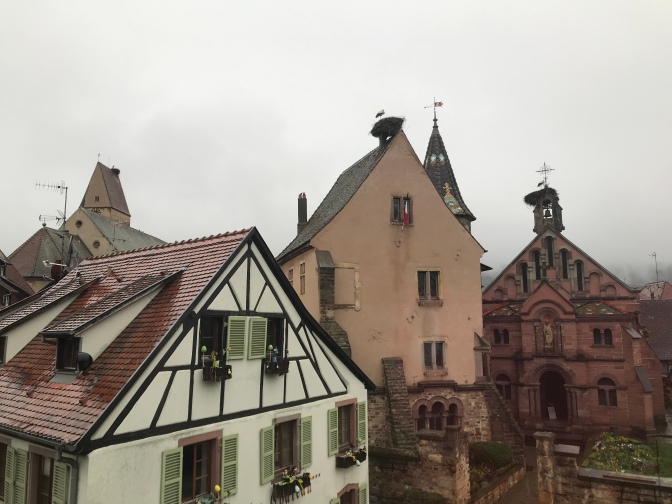 With three established nesting sites, Eguisheim is known as the “Village des Trois Cigognes” (Village of Three Storks). The stork is the symbol of the town and of the region, Alsace. Loss of habitat, pesticides and electric cables almost wiped them out but measures have been put into place to preserve and protect them and to ensure their annual return. 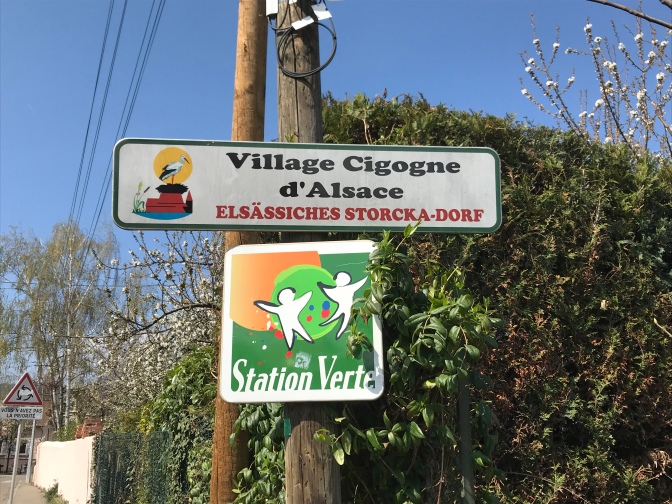 Storks have long had a place in legends and myths. The one that springs to mind was “le pieux mesonge” (the little white lie) that parents would tell their children in answer to the question: “Where do babies come from?” I did some research and found out that it was a logical legend. The arrival of the storks in spring each year coincided with the births of babies conceived in summer the year before. Apparently the 21 June, the summer solstice, was a day of celebration and festivities and a common day for marriages to take place. 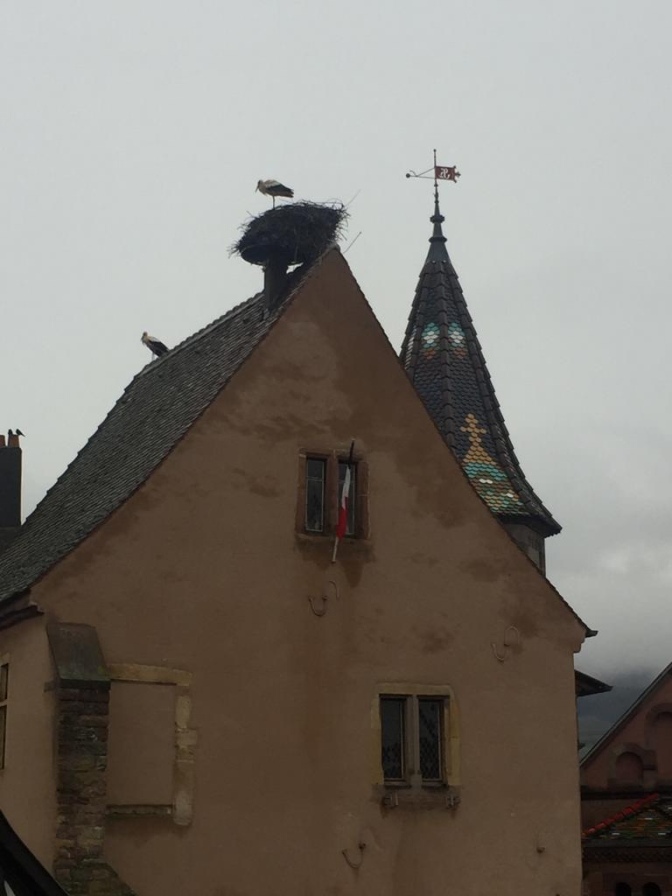 “Alhors” (and so) “Adieu” (until God), my feathered friends. I cannot say “au revoir” (until we meet again) because, as much as I have fallen in love with Eguisheim, I know my nature. Unlike you, I do not desire to return to the same spot year after year but to keep on discovering new ones. 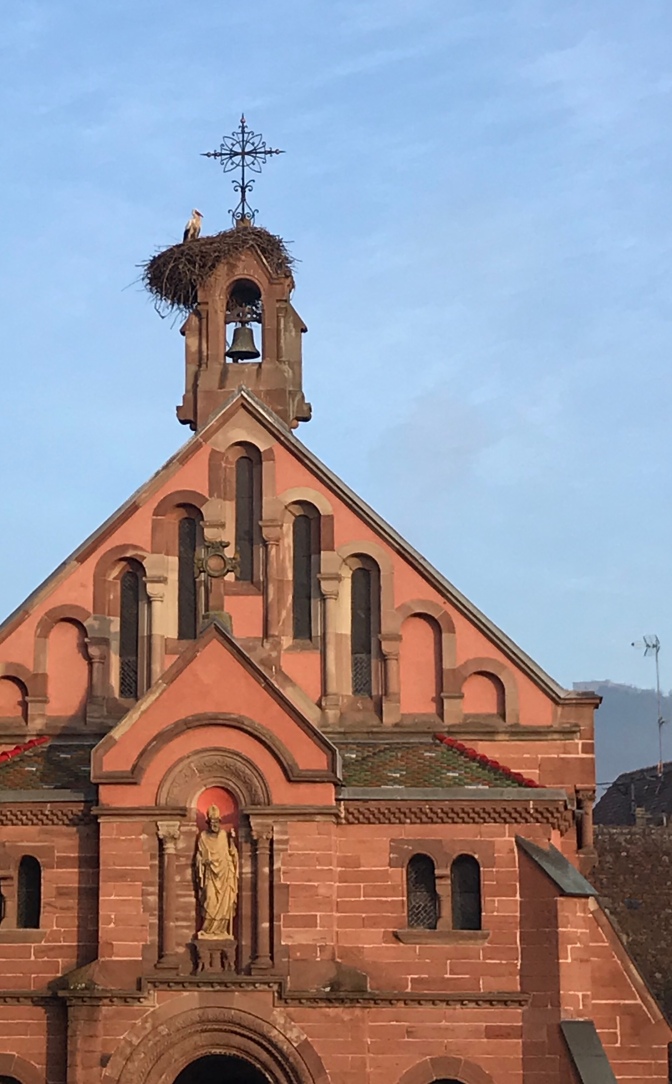 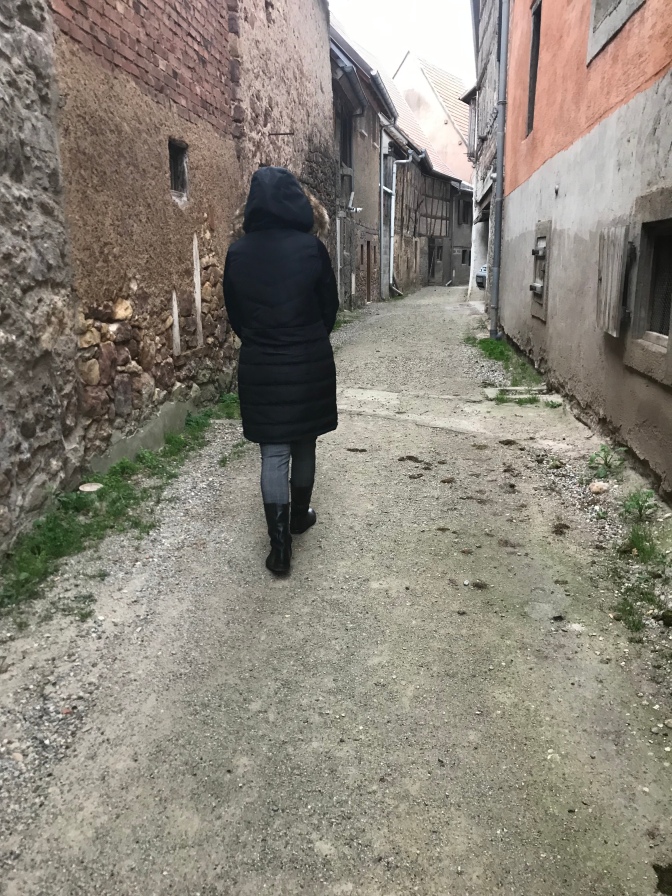